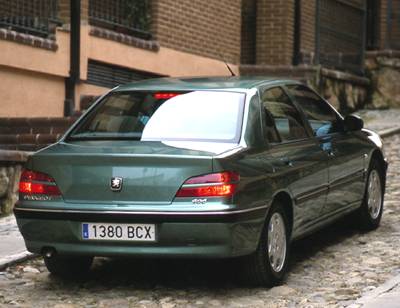 Peugeot 406 power steering fault?- check the battery terminals! I have a 2001 90HDi 406 Rapier; though not particularly powerful, it’s a great car and exceptionally usable. At the start of this year we had blizzards and I noticed that the existing battery was not cranking efficiently on cold mornings etc..I had the local tyre depot replace the battery with a NUMAX (I actually think VARTA are better but they didn’t have them in) and thought no more about it.6 weeks later I noted that starting was not so good, and that the power steering had become lumpy / notchy and heavy. I had a couple of mechanics’ opinions and the suggestions ranged from changing the auxiliary drive belt (which is still tensioned) to replacement of the steering pump and/or rack. The prospective budget for repairs was given as anything between £180 to £700.The week or so of heavy, notchy steering was worrying to say the least. I noted that the car still ran straight, no drifting left or right etc.On a Thursday evening I fueled up at ASDA and went to start the car; the car was electrically dead.I tried my spare key – nothing.I tried the interior light – nothing.I stood outside and tried the fob to see if the car would lock – nothing.I raised the bonnet to gain access to the engine compartment fuses and battery.I checked the battery terminals and the earth (negative) was completely loose. I wriggled the connector back on and (there is a lever tensioner on this terminal) pressed the lever smartly into place.Went back to start the car – success.Drove off and found that the power steering had been fully reinstated.It seems plausible that whilst the alternator was having to work hard, it may have been causing a loss of drive to the other auxiliaries (that’s the power steering and A/C) and/or there is an electrical actuator somewhere in the power steering that needs electricity to operate effectively.So – the car battery is now charging, the power steering works perfectly normally, the car starts more urgently and it didn’t cost a penny to fix.I am sure that most garages would have had me into parting with a substantial amount money for this 15 second fix!